Watch our short film about our other Puro Coffee Ecuador Rainforest Reserve.

“By helping to protect Manduriacu, Puro are not only safeguarding the region from further deforestation, they are protecting the extraordinary mix of species that live there, including the recently rediscovered Tandayapa Andean Toad, which had not been seen for over 40 years, as well as aiding conservation that will create a healthier environment for local communities who have previously had to rely on degraded land for farming.”

Biodiversity:
The reserve sits at the juncture of the Tumbes-Choco-Magdalena and Tropical Andes biodiversity hotspots, protecting an incredible mix of species, including the only known location for the Tandayapa Andean Toad once thought to be extinct, and recently registered as Critically Endangered. The reserve also protects a number of other highly threatened amphibians and the Critically Endangered and elusive Brown-headed Spider Monkey (one of the 25 most endangered primates in the world). A number of new species of amphibian, rodent and magnolia species have also recently been discovered here, with the reserve being the only known location for some of these species. There are 150 species of birds documented to date but EcoMinga expect the total number of species to reach over 300. Although international listed as Near Threatened Manduriacu protects the critically endangered western population of the Jaguar.

Almost perfectly placed in the centre of Ecuador, very close to the outdoor adventure capital of the country, Baños. View in Google Maps 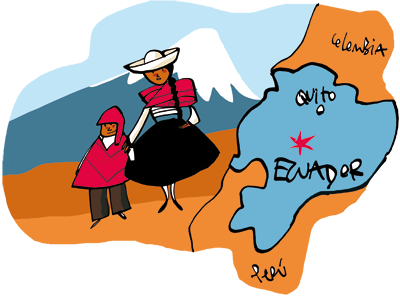