An inseparable connection exists between mankind and nature. But in this day and age many might argue that modern farming demonstrates a disconnect that fails to honour this sacred relationship. Deforestation, displacement of flower and fauna, intensive cattle farming, chemical fertilisers and pesticides, soil erosion, water pollution…

Finca de Puro Café in Honduras is a co-creation, one that seeks to further harmonise Fairtrade Organic coffee farming with nature.

The 5 acre coffee farm is nestled within the second Puro Rainforest Reserve in Honduras that we have named the Cinnamon Colibri Reserve. Located here in a section that had been previously deforested for cattle farming, we want to demonstrate how effective coffee can be as a conservation tool, when the right balance is found. 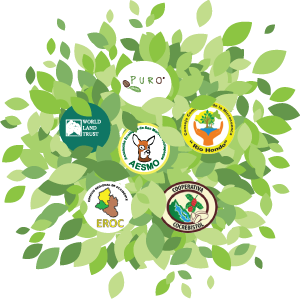 It is through the Finca de Puro Café that Puro Coffee has become a Fairtrade Organic cooperative member of COCREBISTOL. Truly aligning ourselves to the roots of our product.