Flamboyant costumed apes crash through the foliage, barking in celebration of their newly secured shelter as they slap and track through the branches. All eyes fall on the Four-eyed Turtle as it mindfully tiptoes through this Watershed Protection Forest. Asian Unicorns gracefully emerge, making a rare appearance. Haitinh Langurs smile from cheek to cheek as Sunda pangolins unroll to the fading fear, poachers are no longer welcome here.

“The Annamite Lowland Forest is one of the most threatened wild habitats in Vietnam. Khe Nuoc Trong is an exceptional example of this type of ecosystem, which has actually remained in good condition when much of the lowland forest has been lost. Thanks to the work of our partner Viet Nature Conservation Centre (VNCC) and supporters of the project, we can now ensure that this remarkable example of Vietnamese wilderness receives permanent protection.”

Biodiversity:
The Annamite lowland forests are rich in biodiversity with many recent scientific discoveries. One of the rarest mammals in the world can be found here, the Critically Endangered Saola (Pseudoryx ngethinhensis), was only described in 1990. Enhancing the protection of Khe Nuoc Trong will protect a vital home for the Critically Endangered Sunda Pangolin (Manis javanica), the Southern White-cheeked Gibbon (Nomascus siki), the Haitinh Langur (Trachypithecus haitinhenis) and the flagship of the project Red-shanked Douc (Pygathrix nemaeus) all listed as Endangered. 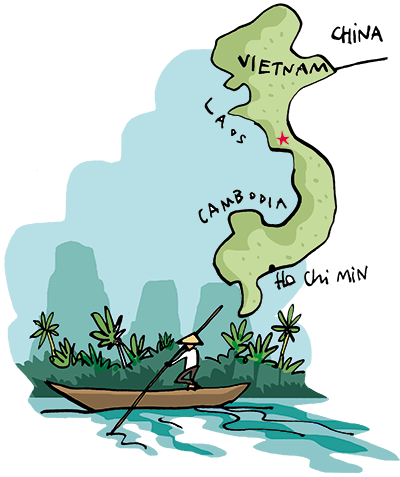