Chimps swing safely through, conscious the corridor connects rift reserves rich in biodiversity. U-tzeu-U-tzee from up in the trees draws the Hippo’s eyes to the crimson belly of the papyrus gonolek, no-one spots the spotted hyena.

“The project is the first phase of an ambitious plan to conserve over 50,000 ha of forest in Western Uganda by securing and restoring the connectivity between Bugoma and Budongo forest reserves, and protect the rich biodiversity of the Albertine Rift, which includes chimpanzees and many other endemic species. The remaining forest is rapidly disappearing despite receiving the attention of many local and international conservation NGOs over the last 10 years.”

Land use change for food production and fuel wood driven by poverty and population pressures have resulted in the near total loss of all native forest for crop cultivation and eucalyptus plantations. These threats are set against a backdrop of hydrocarbon development and associated infrastructure creation, as well as massive expansion of out-grower sugar cane plantations.

Located in the West of Uganda, very close to the edge of the border with Democratic Republic of Congo (DRC). View in Google Maps 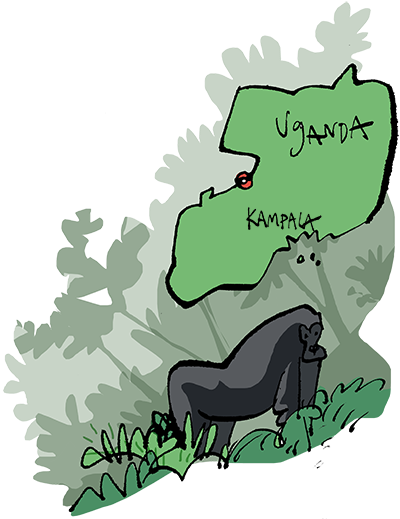