The Lilac-breasted roller spots the Shrew from the sky, as it moves amongst the red earth below. The Clarke’s weaver is restless amongst the dense thickets, the African Elephant pushes through and tramples on, eagerly awaiting the return of the leaves of the Brachylaena.

“Perched on rolling hills above the coastal town of Malindi on Kenya’s north coast, the beautiful, spreading trees and thickets of Dakatcha represent the most northerly forest of its kind in Africa. A vital refuge for endangered species, Dakatcha has been identified as a Key Biodiversity Area (KBA) and Important Bird Area (IBA), but until the successful land purchases funded by World Land Trust in 2018 it had no official protection.”

Biodiversity:
Dakatcha holds substantial populations of the globally-threatened Sokoke Pipit and Clarke’s Weaver. The Clarke’s Weaver is known to breed only in this forest and this is the only site outside Arabuko–Sokoke Forest where it’s known to occur. 8 out of Kenya’s 30 East African Coast biome species are so far recorded. The endangered Sokoke scops owl, Sokoke Pipit and Golden-rumped Elephant Shrew as well as the vulnerable African Elephant. At least 11 plant taxa in this area are globally or nationally rare, including Monadenium invenustum, Pavetta linearifolia and Eulophia serrata.

Habitat type:
The landscape is gently undulating, with woodland dominated by Brachystegia spiciformis in the valleys and on the slopes, and Brachylaena huillensis/Cynometra webberi associations on top of the low hills, on red Magarini sands. Much of the useful Brachylaena has already been cut, since it is in great demand as a long-burning, smokeless fuel-wood and as carving timber. There has also been extensive clearing of the hilltops for cultivating pineapples, which do well in the red Magarini soil type.

Dakatcha is an extensive tract of relatively intact coastal woodland in coastal Kenya, north of the Sabaki River and between 25-50km inland from the coast. View in Google Maps 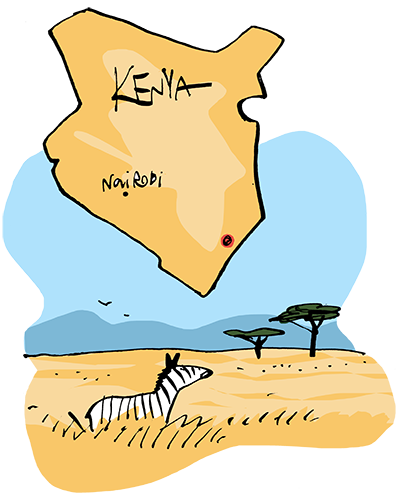