Emerald Toucans reflected in the newfound sparkle of the lagoon as the half-moon conures perform a lively can-can-can from the sweetgum tree. The clock bird keeping time with its wagging tail, whilst the prickly porcupine counts down to nightfall to emerge from within its hollow. Safe passage restored, a corridor for all walks of life.

Watch our short film about the other Puro Coffee Honduras Rainforest Reserve.

“This region forms part of the Mesoamerica and Mesoamerican Biological Corridor hotspot and also lies within the North Central American Highlands Endemic Bird Area, considered an urgent priority for conservation. Forest in the Trifinio region in western Honduras has suffered high levels of fragmentation as a direct cause of land use change. Subsistence farming, illegal timber use, forest fire, road construction and telecommunications infrastructure have resulted in areas that are highly biodiverse and contain endemic species becoming totally isolated from one another in a degraded landscape.”

Coffee & Conservation:
In a fragmented landscape, the reserve also acts as a model for sustainable coffee plantation management. On the degraded area of the reserve (5 acres) the Puro Coffee Plantation or Finca de Puro Café as it is known locally, has been created to help re-establish coffee as an effective tool for conservation.

Situated in the watershed of the Río Hondo, lying within the Trifinio – Volcan Pital corridor in western Honduras. View in Google Maps 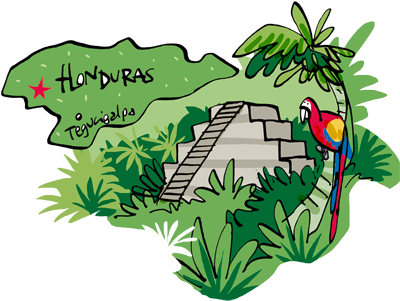