High up in the clouds, Woolly monkeys tell tales of their travels by tail, Tanagers cast rainbows in the sky and shadows in the river, slowly coursing towards the Amazon. Snow capped mountains reflect white bellies, the San Martin titi forms close friendships; mates for life.

We don’t have this reserve on film, but you can watch our short film about our other Puro Coffee Peru Rainforest Reserve.

“Cloud forests are perfectly adapted to their local climate, and they also react rapidly to climate changes. Places like La Jalca have many endemic plant species, supporting other endemic wildlife and the communities that live nearby. But the very thing that makes cloud forests unique makes them vulnerable to the climate crisis, so the reserve at La Jalca will re-establish a future for this region and its wonderful wildlife.”

Located close to La Jalca, around 7 hours drive from Cajamarca in the North of Peru. View in Google Maps 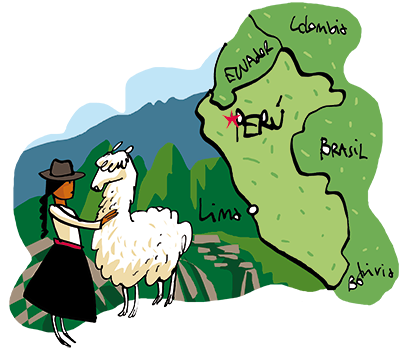