Where Andean and Amazonian forests reach out and touch branches. A refuge provided within the most threatened ecosystem in all of South America. A bird’s eye view is had by the Andean Condor, whilst newly discovered species of night monkey and Red Howler Monkey watch from the tree canopy below. The forest floor is inhabited by endangered Mountain Tapirs and the region’s fertile soils were bestowed on local Fairtrade organic farmers who now grow Puro.

“The forests and Paramos of Segunda y Cajas community are strategically important as they form part of the corridor connecting Tabaconas Namballe National Sanctuary (Peru) and Colambo Yacuri National Park (Ecuador). At the national level, this area has been recognized as a priority for conservation but is currently threatened by unsustainable slash and burn farming practices.”

Biodiversity:
Land owned by the Segund y Cajcas community is home to a variety of different species. There are over 360 species of plants and over 130 birds to be found in the reserve, including 13 endemic to the extreme south Ecuador and Northern Peru (such as Black-chested Mountain-Tanager (Buthraupis eximia) and Neblina Metaltail (Metallura odomae).

Located around 3 hours drive from Huancabamba in the North-West of Peru. View in Google Maps 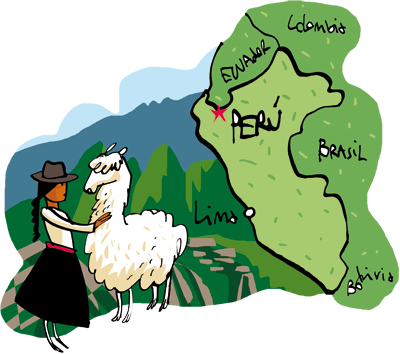